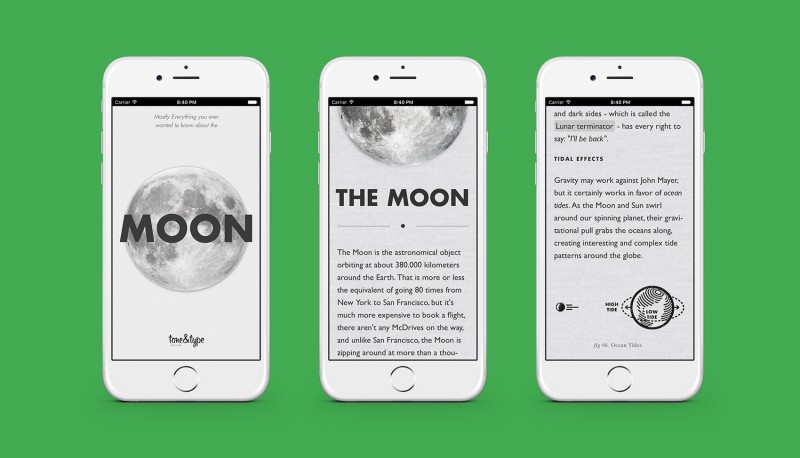 The Moon App is a little personal project that I am working on as time allows. The app was initially called Planets App, but then I have slowly realized the size of the task — and my own speed of writing… 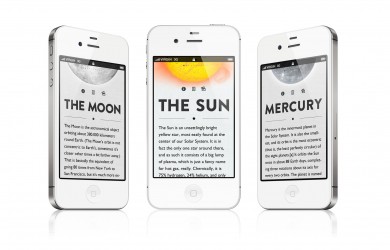 Even though as a designer I am fairly disappointed with wikipedia’s look (check out wikiwand, by the way), I have realized that I won’t be able to compete with the content. Still I wanted to create a light-hearted educational material about the Moon (maybe later the planets…), that is well designed, and fun to read. Hey, it is such a fascinating subject, not even mentioning the Apollo missions and NASA stuff!

So yes, I wrote the contents, illustrated it, designed the app, put it together with PhoneGap, and eventually asked a friend to help out with the native bits. I have proudly submitted it to the app store, and Apple swiftly rejected it.

They said that just one long screen does not qualify as an app.

Which is a fair point, and I’m currently working on a few more additions, that were part of the original plan anyway. So be sure to check out the Moon App in the App Store just a few lightyears away from now! 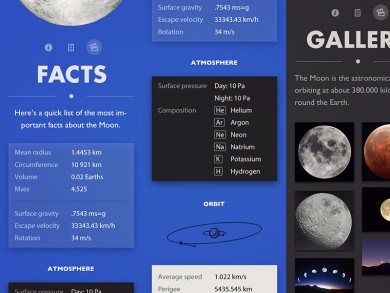