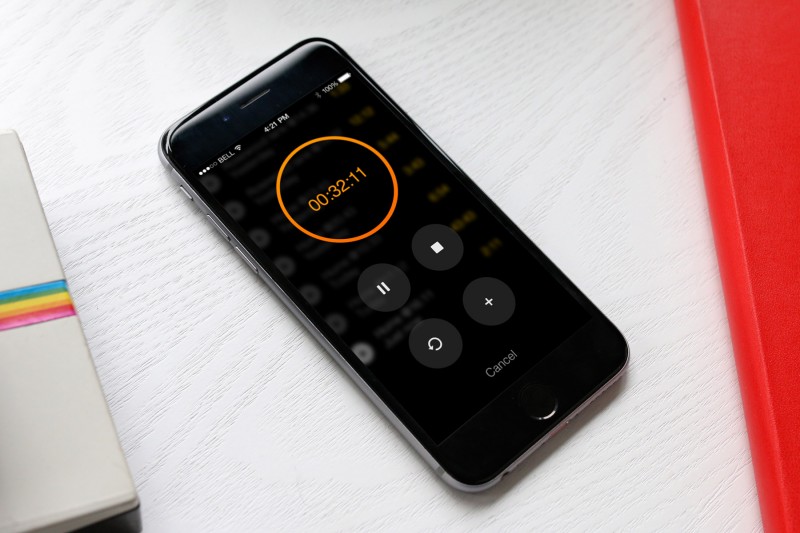 Simplecorder is a recording app aimed at musicians who seek to record ideas quickly. This is one of our first apps at Approx Studio. Our goal was to create a clean looking recorder that makes the usual tasks super easy.

Most of the existing apps make simple things like restarting a recording quite tedious, requiring 3-5 taps on tiny buttons. This is something you don’t have time for with a guitar in your lap, and a great tune in your head.

We have started by analyzing the built in recorder. We really liked the simple design, but dreaded the unnecessary popups and confirmations. We have decided early on that forcing users to enter a name for each recording is a bad idea, and made it our key challenge to get rid of this feature. (With the option to rename the recording later, if required.)

Let’s look at a common scenario for musicians: you start a recording, hit a wrong note, want to scrap it, and start again.

We felt that Apple’s app is not the perfect solution

This is how you do it in the built in app:

This is how we wanted it to work:

So first, we had to get rid of the dialogs and popups. Next, create dedicated buttons, to support these typical scenarios. Now the only way not to show a keyboard, is to somehow name the recordings automatically, without user interaction. To do this, we had to think about what makes them easily recognizable, even a few weeks later. Date, time, and the length of the recording obviously helps, but are not enough. So we have added another one: location. It is fairly easy to recall a recording that’s 4:43 long, and was taken 2 days ago at Home. 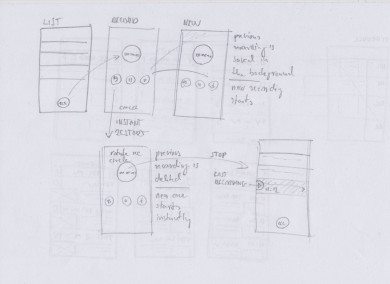 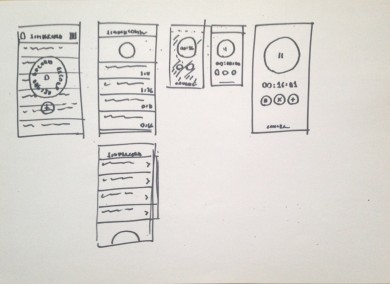 Basic interaction flow, and initial recording screen sketches. We were experimenting with a big overlay button on the list screen, but eventually found it a bit confusing. 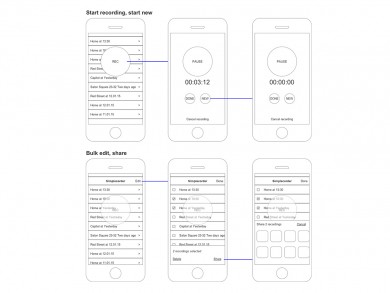 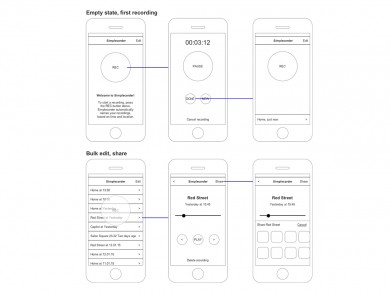 We have created dedicated buttons for the most common tasks on the record screen: 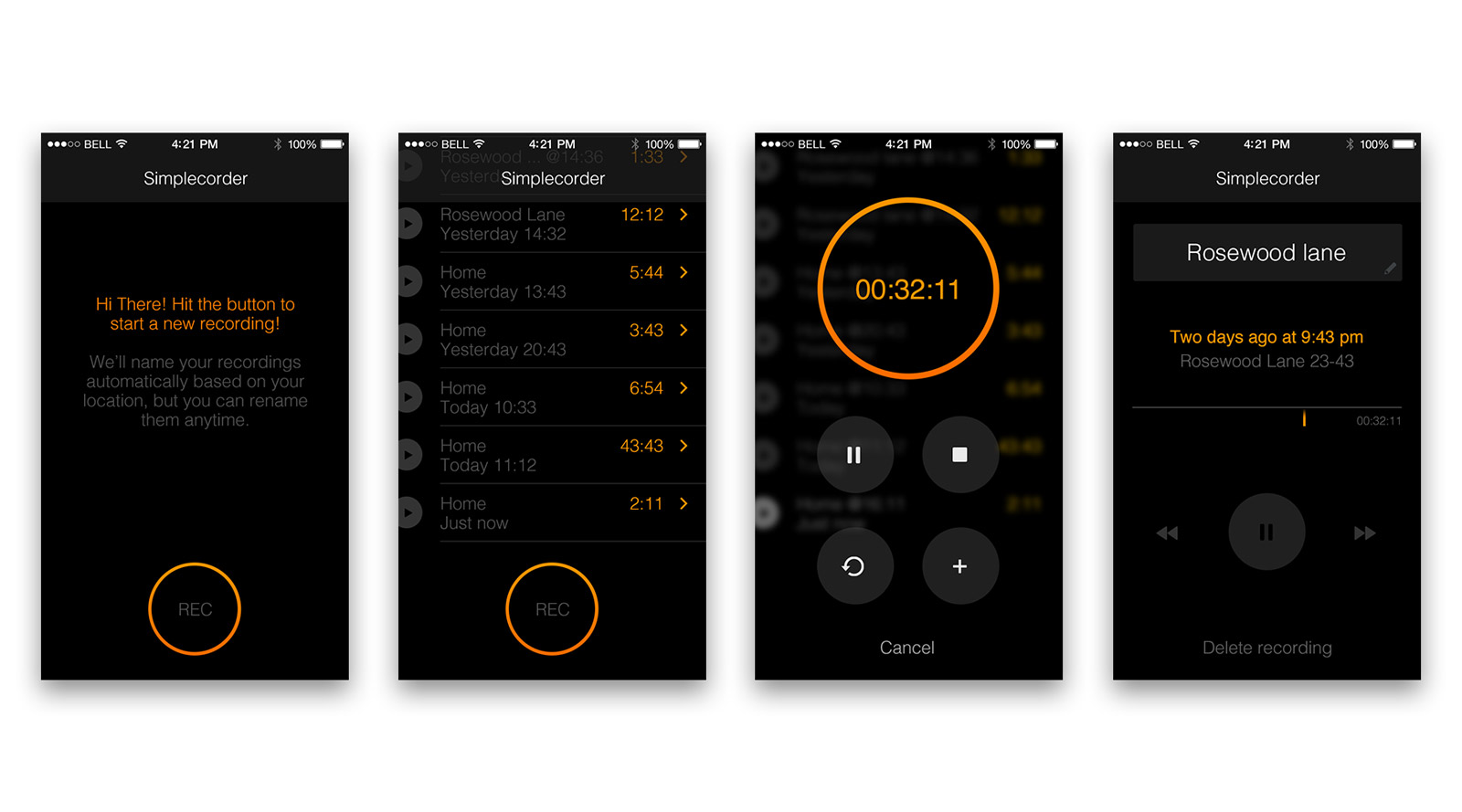 By showing this screen as an overlay, the user gets just enough feedback about new rows being added to the list of existing recordings.

We are currently conducting user testing as we are finalizing the designs. At the same time, we are also working on an Apple Watch companion app. 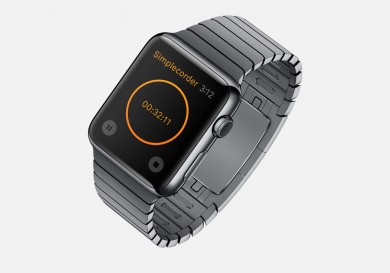